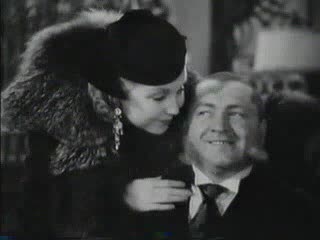 “‘Til death do us part” takes on new meaning as The Three Stooges try to prevent their father from leaving their mother and marrying a gold-digging young floozy, whose friends plan to kill him after the wedding. Curly, who is a double for his father, comes to the rescue by impersonating “Popsie” and marrying the girl instead.  And then all he needs to do is stay alive!

Three Dumb Clucks begins with the Three Stooges doing some spring cleaning — in their prison cell.  One funny bit of visual comedy comes when Moe throws a pair of socks to Larry to wash out – which land upright with a “clunk” on the bench.  As they’re cleaning, a letter from their mother arrives, telling them that their father (“Popsie” Howard, also played by Curly) having become rich after striking oil has divorced her and ran off to marry a young blonde.  Ma wants them to bring their father back home.  The Stooges rapidly agree once they can break out of their cell.

In a classic Three Stooges bit, Larry suggests that they use the tools to break out.  “What tools?” — “The tools we’ve been using every day for the last ten years!”  “Oh, those tools!” And so they roll back their mattress, showing a veritable arsenal of tools to break out of the cell with.  The actual breakout scene is very funny, ranging from the “termites” that eat through the bars on the window to Moe “shaving” in order to cover the noise of Curly’s drilling — it needs to be seen to be appreciated. 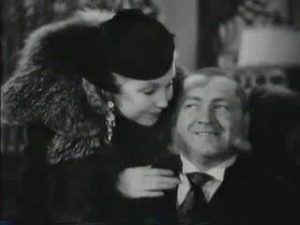 After their escape, they make their way to their father’s mansion, where Moe decides that they could break the gates open if only they had a hammer; Curly obligingly pulls a sledgehammer out of his pants!  He then stands in the middle with the hammer, with Moe holds the spike and Larry watching behind Curly; Curly swings back and hits Larry in the head with the hammer, then Curly swings forward and hits Moe’s hand instead of the spike! This would be a recurring joke in future Stooge shorts.

The gate opens regardless, and soon the Three Stooges are facing their wayward father, Popsie, who is the spitting image of Curly, only with side whiskers.  Popsie isn’t about to go along with the boys, and instead bribes them with a large roll of bills so that they can go buy nice clothes for his wedding.  When the boys leave to do so, Popsie’s fiancee, Daisy (Lucille Lund), encourages him to shave his whiskers for the wedding.  Soon after she leaves, and the audience learns that with the help of her gangster friends she intends to murder Popsie immediately after the ceremony in order to inherit his fortune.

In the meantime, the Three Stooges are picking out their new clothes, ending with a hilarious bit as Curly keeps trying to pick out a “cabbie” hat, which Moe repeatedly rejects.  It’s very funny, and one of the highlights of the film, especially when Moe throws the hat away only for it to boomerang back onto Curly’s head.  Eventually, they leave the store, only to meet Daisy outside, who mistakes Curly for Popsie — and Moe decides that Curly will marry her, to spoil Popsie’s plan.

The wedding has been moved to the apartment of Daisy’s brother, which leads to a funny scene when Popsie calls to find out where Daisy is, only to find out she can’t come to the phone since she’s getting married.  This motivates Popsie to wing his way to the apartment, but it’s too late.  Curly and Daisy are now man and wife, although Curly faints at the mention of “til Death do you part,” since he knows what Daisyâs friends have planned.

The mistaken identity starts to play fast and furious, as Popsie arrives, and no sooner do the gangsters think they’ve killed him (by dropping him down an elevator shaft) than they see Curly, and think they’re seeing a ghost.  After some running around, Curly (and Moe and Larry) try hiding at the top of a flagpole, which the gangsters simply topple over — the Stooges fall, seemingly to their doom, only to bounce off an awning and land on Popsie, whom they drag back to their mother.

Moe (Moe Howard): It’s a good thing we don’t got an electric chair in here, otherwise I’d kill ya!

Prison guard: [as Moe is shaving] What you need is a hacksaw.
Larry (Larry Fine): We tried that, but … [Moe kicks him]
Prison guard: Imagine a hack saw in jail! Ha ha ha. [walks off]

Moe (Moe Howard): Nothing doing! You can’t bribe me!
Larry (Larry Fine): Me neither!
Curly (Curly Howard): Me too! [takes the bankroll of cash]

Moe (Moe Howard): What are you shaking for?
Curly (Curly Howard): I don’t know, I’m in a hurry all over!