Home » Posts » Larry, the Stooge in the Middle

Larry, the Stooge in the Middle 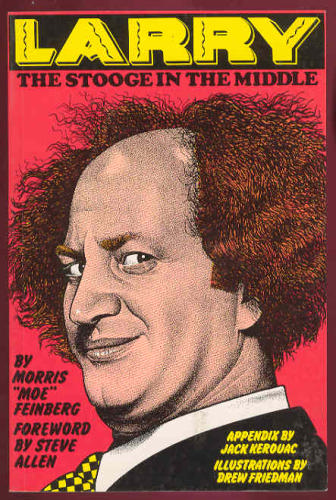 An affectionate biography of Larry Fine, the ‘middle stooge’ of the Three Stooges, written by his brother, Morris Fineburg (‘Fine’ was his stage name, obviously). As such, it tends to gloss over some of Larry’s more negative attributes, such as his gambling or his spendthrift habits, but it clearly shows the affection his brother had for him, includes much information on Larry’s life prior to the Three Stooges, and share many anecdotes of his years in the comedy troupe.

Book Description of Larry the Stooge in the Middle, by Morris Fineburg

Now back in print, this heavily illustrated, richly anecdotal memoir takes a fond look back at Larry, the wild-haired funnyman who helped make the Three Stooges the most popular slapstick comedy team of all time.