Home » Posts » All the World’s a Stooge

All the World’s a Stooge 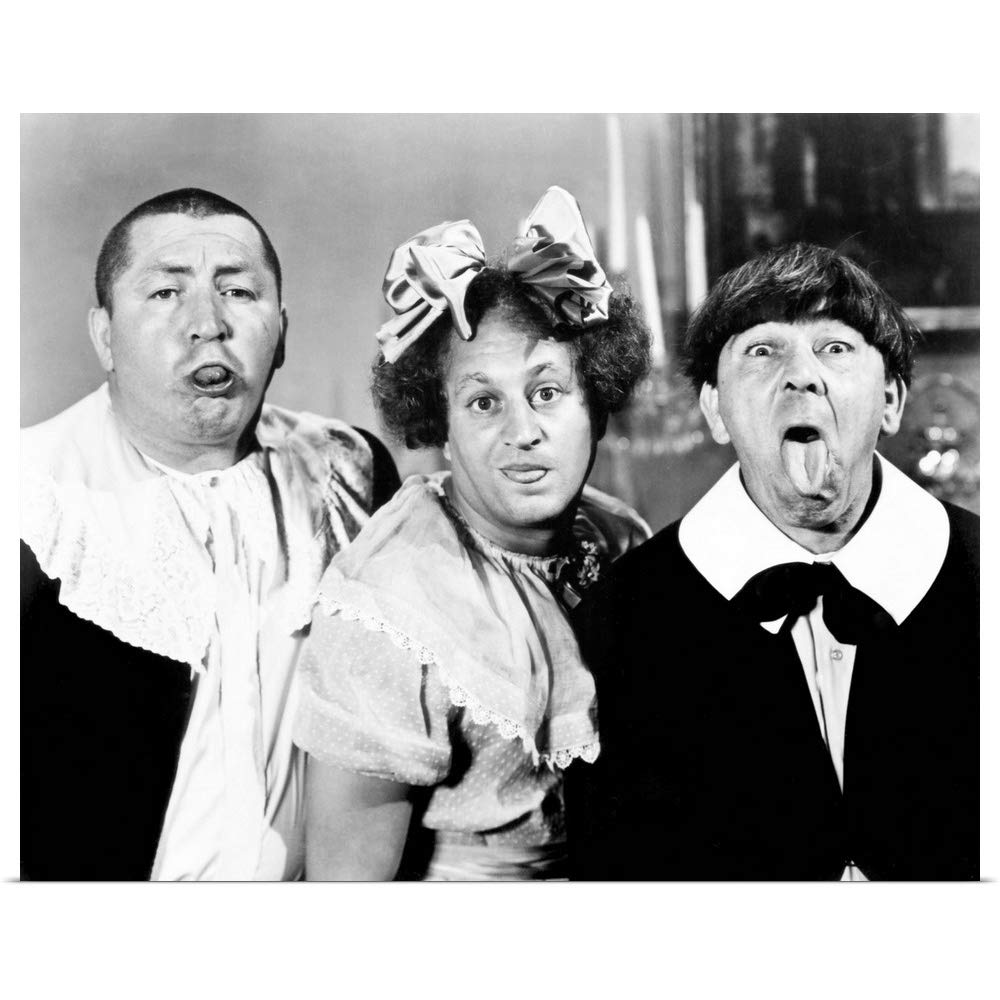 All the World’s a Stooge begins with a rich society matron who informs her husband that she’s adopting  refugees — not because she cares, but it’s the current fad.  Her husband, however, is suffering from a horrible toothache, and so he goes to see a dentist, Dr. I. Yankum (played by Nat Pendleton). At the dentist’s office, the Three Stooges are seen in closeup as Moe yells “Pull! Pull!” — which, as the camera pulls back, isn’t involved with dentistry but with pulling Curly back into the office from the window, where the clumsy window washer had fallen.  Shortly after, they accidentally soak Dr. Yankum who leaves — as the suffering patient arrives a moment later, insisting that the “dentists” help him.

A very funny bit follows, as they “help” pull his tooth, complete with knocking him out cold with a hammer, and filling his mouth with cement — which they use to dynamite to blow up! They escape out the window with their scaffolding, landing on the unfortunate Bud Jamison as a police officer, and they hide in a nearby automobile. The automobile belongs to their “patient” who takes the “refugees” home with him.

At their new home, dressed as young children, the Three Stooges quickly devour their lunch, steal the man’s cigars, win the butler’s clothes playing dice, and “rescue” the wife of the house from burning — soaking the husband in the process.

Soon the wife is throwing a party to show off her “refugees” at a party — but Curly has a cold.  Moe tells him to put some salve on his chest, but buts on limberger cheese instead — soon accidentally falling on the lap of Symone Boniface, who gets the smelly Stooge off her lap with lap with the aid of a hair pin. Shortly afterward, the husband chases Moe and Larry into the room with an axe and, after some short pie throwing and tree splitting, the short ends with a chase.

All the World’s a Stooge is a classic Three Stooges short film, available on DVD as part of The Three Stooges Collection Volume 3.

Funny movie quotes from All the World’s a Stooge

Moe (Moe Howard): Hey, after all, I’m the sturgeon! Give me a little room!

Moe (Moe Howard): You imbecile!. You knocked him out before he told us what tooth to pull.

Moe (Moe Howard): You nitwit, what would Emily Post say?
Curly (Curly Howard): [after a moment’s thought] Come and get it!