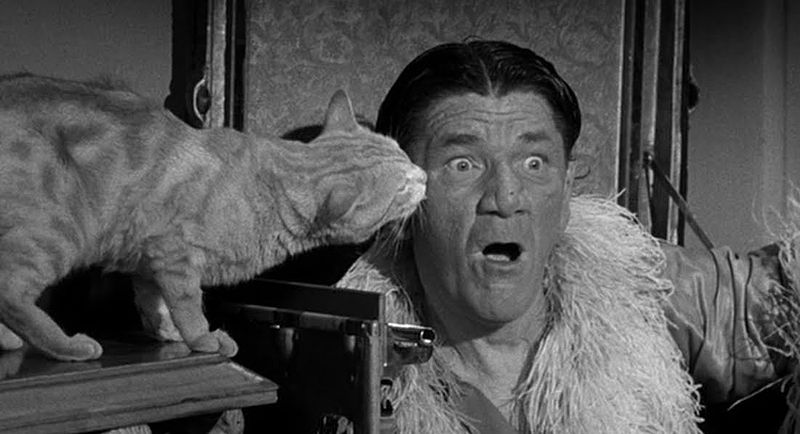 Samuel Horowitz, better known as Shemp Howard, was born on March 11, 1895, in Brooklyn, New York, USA. Shemp came by his nickname via his mother’s Lithuanian accent, turning Sam into Shemp. Shemp was the older brother of two other of the Three Stooges, Moe and Curly.

Unlike his younger brother Moe, Shemp was not especially driven, and effectively entered show business following Moe’s lead, not having any specific occupational goals. It was a good decision for Shemp, leading to many years of success as a clown and comedian. He joined Ted Healy’s vaudeville team, Ted Healy and his Stooges, in 1922. In 1925, he married Gertrude Frank, known to her friends as “Babe.” They had a son, Morton, in 1927.

Shemp Howard – movie clown in his own right

Despite financial success, Shemp had grown tired of Healy’s attitude, and perceived miserliness, Shemp left the group after the filming of their first movie, “Soup to Nuts” (1930), and was replaced by his youngest brother, Jerome (Curly on screen, but “Babe” to family members). Shemp pursued a solo career in movies, and was the only member of the original Three Stooges to find success outside of the group. Shemp worked with many comedy legends, including Fatty Arbuckle, Jack Haley, Edgar Bergen, Bert Lahr, W. C. Fields (in the classic The Bank Dick), Abbott and Costello (Buck Privates, In the Navy, Hold That Ghost, It Ain’t Hay, Africa Screams ), Joe E. Lewis (Private Buckaroo ), and many others, making dozens of movies, including the recurring role of “Knobby Walsh” in the “Joe Palooka” movie series.

Interestingly enough, although Shemp was a very funny man, he was introverted, except when performing.  Either on stage or when entertaining friends, which he did quite often. He also had many phobias.  Although he owned a dog, he was afraid of other dogs, and would carry a walking stick.  Although he was too kind-hearted to hit even an attacking dog with it. He had a phobia of many other animals, which caused many unintentional laughs when filming Africa Screams or Hold That Lion, both of which had live lions on the set.

He was also afraid of water, which led to a practical joke when filming Africa Screams.  He was left ‘stranded’ on a raft, surrounded by water (only knee-deep) on the set, but was afraid to get off the raft. He was also afraid of driving or riding in a car, and when the Three Stooges travelled the country, they had to do so by train – Shemp was afraid of flying.

Shemp returns to the Three Stooges

Following his brother Jerome’s (aka. Curly) stroke in 1946, Shemp returned to the Three Stooges.  He planned to fill in until Curly recovered enough to return to the screen. Sadly, Curly never did, and Shemp remained with the Three Stooges until his death. Interestingly, there is one Three Stooges short film (Hold That Lion ) where all four appeared.  Curly has a cameo appearance as a snoring passenger on board the train that the short is taking place on. In all, Shemp appeared in seventy-seven Three Stooges shorts

The death of Shemp Howard and its’ aftermath

Shemp suffered a minor stroke in 1952, and in on November 22, 1955.  He died of a massive stroke while riding in a car returning from a boxing match. It was ironic in that Shemp had a lifelong love of spectator sports, especially boxing.  His favorite Three Stooges short was “Fright Night,” his first film with the Three Stooges, which was about boxing. Shemp Howard is interred at Home of Peace Memorial Park, Los Angeles, California, USA.

At the time of his death, several Three Stooges short films were in production, but uncompleted. To finish them, stand-ins were used, filmed from behind — this has become known as “shemping.”