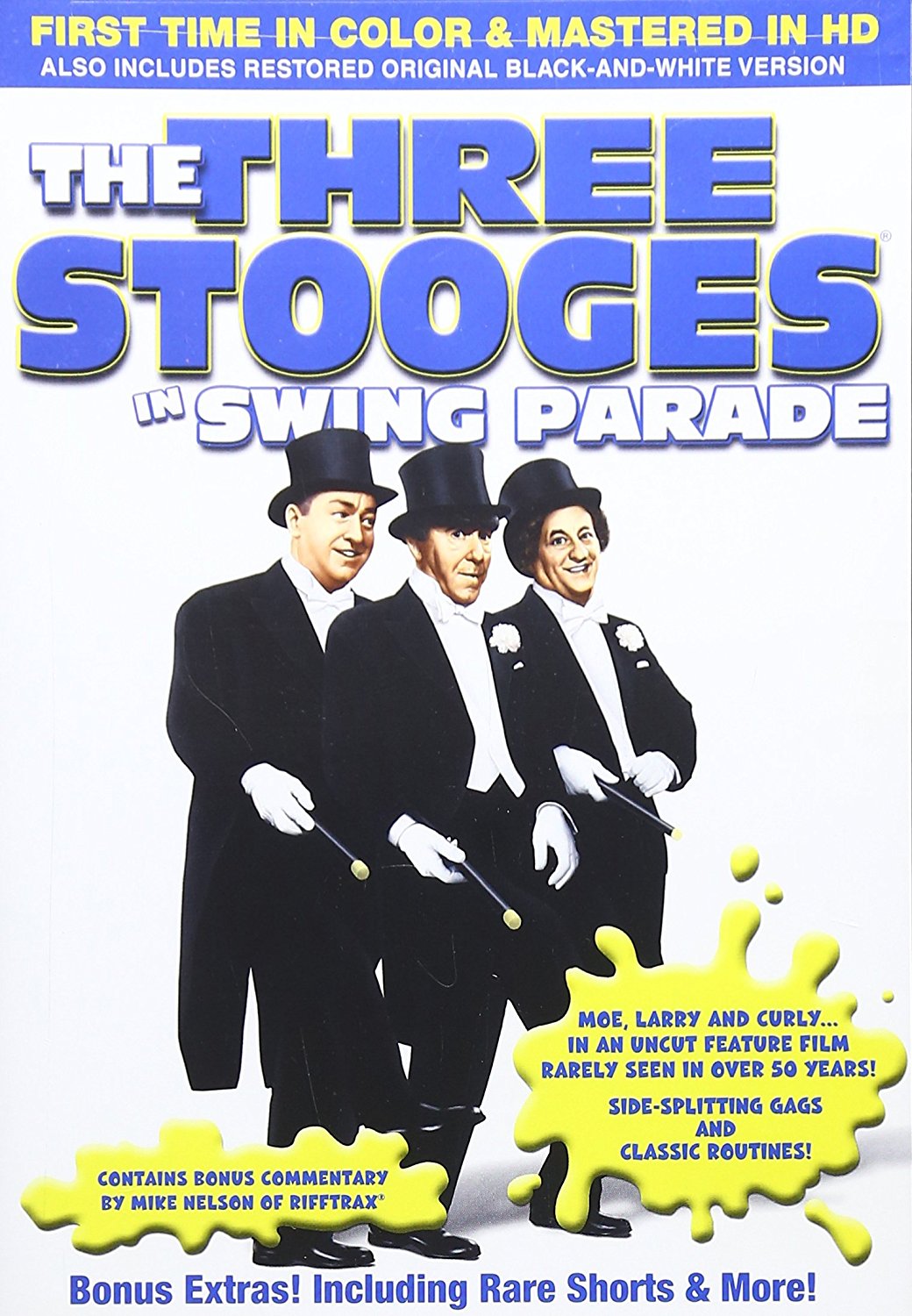 The Three Stooges in Swing Parade of 1946

See?  They’re in here.  And they tend to steal every scene that they’re in). The father hires a down-on-her-luck young lady to deliver the legal papers to shut down the nightclub.  But instead she falls for the nightclub owner, and eventually gets hired by him as a singer (this is a musical, after all).  And the conflict grows from there.

Three Stooges are at their bumbling, eye-poking, hair-pulling best in this warm, hilarious, musical romp! This time around âThe Boysâ must protect talented nightclub owner Danny Warren (Phil Regan) from the schemes of his powerful and overprotective fatherâwho will go to any lengths to shut him down. Can Moe, Larry and Curly run the club, manage Dannyâs budding love life, and avoid the wrath of Moose, their cantankerous boss?

Future TV star Gale Storm (MY LITTLE MARGIE) plays an aspiring singer mistaken for a process server and thrown out of the nightclub owned by dashing Phil Regan, whose stuffy father disapproves of is son’s business venture. Perky Storm is seen to good advantage, as is Regan (a former New York cop who became a minor-league movie star), but the picture’s real stars are The Three Stooges, who steal the show with their slapstick turns as waiters. There isn’t much plot, but the comedy routines and sprightly tunes make this one well worth having.