The Three Stooges : An Illustrated History 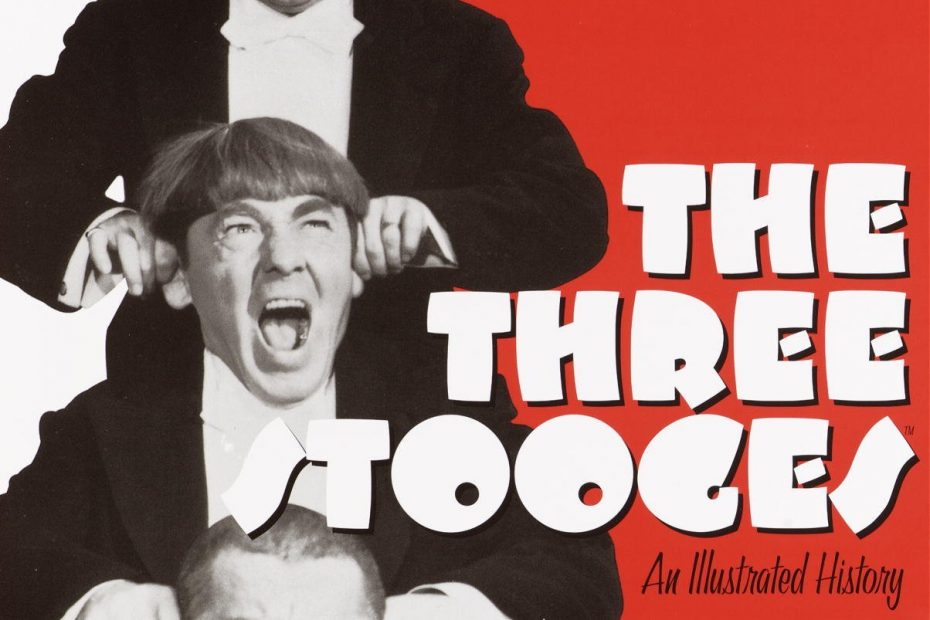 The Three Stooges: An Illustrated History, from Amalgamated Morons to American Icons, by Michael Fleming

Editorial review of The Three Stooges : An Illustrated History, courtesy of Amazon.com

The Three Stooges are admittedly an acquired taste. To fully appreciate them, as with NASCAR racing, practical jokes, and Steely Dan, it helps to be a guy. But there’s no denying the durability of the Stooges’ fearless physical performances. Every eye poke, noggin crack, face slap, and nyuk-nyuk-nyuk feels as edgy today as it did in their earliest two-reelers, and it’s safe to say that their routines, for better or worse, helped pave the way for the Farrelly brothers, the Zucker brothers, Adam Sandler, and Jim Carrey.

Michael Fleming, a columnist for Daily Variety, has diligently compiled the history of the Stooges, from their vaudeville days through the height of their fame in the ’30s to the ’50s and beyond. What An Illustrated History lacks in clear organization it more than makes up for in attention to detail, about the lives of Moe Howard, Larry Fine, and Curly Howard (plus the other ‘third Stooges,’ Shemp Howard, Joe Besser, and Curly Joe DeRita); the genesis of their routines; and the heavy-handed business deals that left them, the most successful comedians of their day, with virtually no residual income. The book’s best segment dissects each two-reeler and film (including Men in Black, the only Stooge short to be nominated for an Oscar), with a wealth of publicity photos and a tally of slaps, eye pokes, and head conks. Might Fleming make even non-Stooge fans appreciate their humor? Why, soitenly. —Anne Hurley

Book Description of The Three Stooges : An Illustrated History

More people today can name the members of the Three Stooges than can name three justices of the Supreme Court. The Stooges are comedy icons whose enduring appeal and slapstick legacy have made them one of the most famous and beloved comedy troupes in the world. Michael Fleming’s The Three Stooges is the first complete, authorized biography of the men who made pie fights part of our national cultural heritage.

A juggernaut of wise guys, headlocks, and unforgettable insults, this book tells the whole history of the Stooges, starting with their origins in the golden years of vaudeville, when the boys from Brooklyn honed their craft. Moe, Curly, and Shemp Howard were born Moses, Jerome, and Samuel Horwitz–and were believed for many years to be the three least accomplished sons of their Lithuanian immigrant parents. Ultimately, of course, the Three Stooges reinvented the rules of slapstick comedy: never be caught unprepared in a pie fight, never slap one wise guy in the face if you can slap three in a row, and never underestimate the value of a good poke in the eye.

Signed in 1934 by Columbia Pictures to a renewable contract that had them making at least nine short films a year, the Stooges learned firsthand about the sharks swimming through Hollywood’s early waters. And after nearly a quarter century of producing the short films for which the Stooges are so well known and loved, the studio declined to renew their contract in 1954, and the pioneering pie-throwing professionals lost their jobs. Fittingly, though, Moe & Co. were destined to have the last laugh: the advent of television revived their careers after the decline of vaudeville and Hollywood shorts, and a new generation of belly laughs was born.

From the Stooges’ humble origins to movie stardom to comedy legends, there’s something here for every level of fan–from folks who watched them on television as a kid to Stooge scholars and certified ‘knuckleheads.’ Featuring over two hundred photographs, many of them rare; interviews with Stooge friends and families; and a complete filmography with every ‘woob-woob’ and crashed society cocktail party lovingly detailed, this book will be treasured by all Stoogedom.