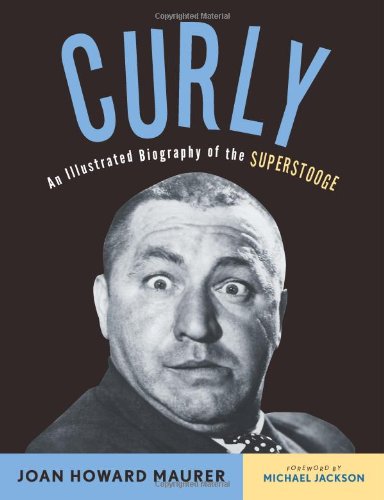 Editorial review of Curly: An Illustrated Biography of the Superstooge

While the Three Stooges were the longest-active and most productive comedy team in Hollywood, their artistic height coincided with the years Curly was with them, from 1932 to 1946. To their fans, Curly stands out as the zaniest of the three. Famous for his high-pitched voice, his “n’yuk-n’yuk-n’yuk” and “why, soitenly,” and his astonishing athleticism, Curly was a true natural, an untrained actor with a knack for improvisation. Yet for decades, little was known about his personal life.

When she first set out to write the book, there was almost no biographical information available about Curly. So she spoke at length to his relatives, friends, and colleagues. She amassed a wealth of Curly memorabilia, a mixture of written material and rare photographs of Curly’s family, films, and personal life. In Curly: An Illustrated Biography of the Superstooge, she put it all together to come up with the first and only in-depth look at this crazy comedic genius. She included plenty of intimate details about his astonishing relationship with his mother, his marriages, and his interactions with his daughters and friends.

Despite its excellence as a well-rounded portrait of the most unpredictable—and most popular—Stooge, Curly has long been out of print. This new edition of a timeless classic, now updated with previously unpublished facts, is sure to be appreciated by Three Stooges fans new and old.