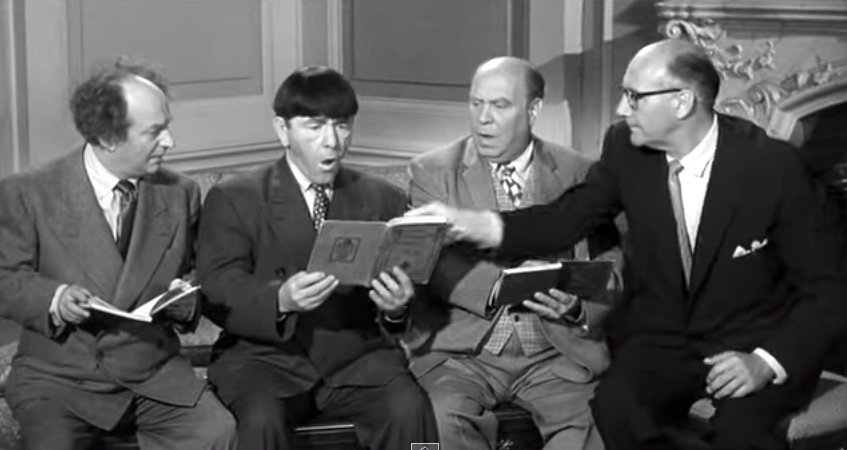 Pies and Guys starring the Three Stooges (Moe Howard, Larry Fine, Joe Besser) is a shot by shot remake of Half-Wits Holiday (Moe, Larry, Curly). Which, in turn, was a remake of Hoi Polloi (Moe, Larry, Curly). The basic plot in all three remains the same. The Three Stooges are inept workers, who become the object of a bet between two professors on whether nature or nurture define a person. Professor Quackenbush (Milton Frome) tries to train the Stooges into becoming gentlemen. With the aid of his beautiful daughter Lulu (Greta Thyssen). A stressful process.