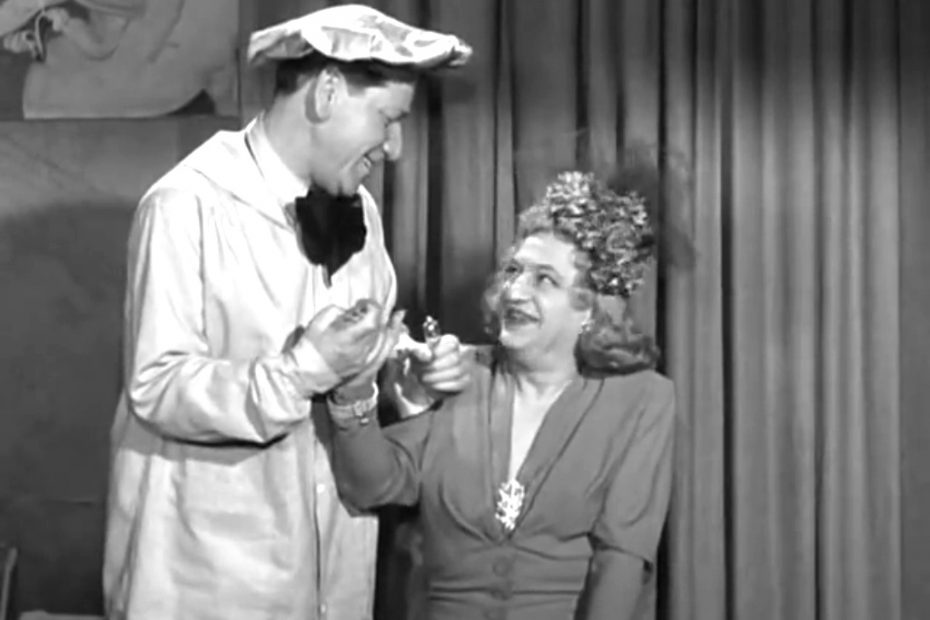 It’s safe to say that Self-Made Maids is one of the more unusual Three Stooges short films — Moe, Larry and Shemp play all of the roles in the film. The film begins with the (female) Stooges — “Moella”, “Larraine”, and “Shempetta” —  getting ready to have their portraits painted by the three “handsome” painters — which of course are Moe, Larry and Shemp.

After the expected slapstick in their studio, Moe, Larry and Shemp continue painting the portraits of their female counterparts — including flirting. After going back and forth, the Three Stooges are engaged to the three female Stooges — if only the girls’ father will approve. That leads into the conflict of the short film, however, since the girls’ father — played by Moe Howard — doesn’t like artists.  And when the boys appear to meet the girls’ father for the first time, it doesn’t go smoothly.

After a needless clash in the hallway, the Stooges quickly discover that the “stranger” they assaulted is the girls’ father! Which of course leads to the expected chase, the Stooges being shot in the buttocks, turning the tables, etc. Eventually, all ends well, with the next generation in their crib … fighting over the milk!

Moella: Mine is the handsome one … he has such a handsome head of skin!

Shemp: What’s that on your neck?
Larry: That’s a mole.
Shemp: That mole’s walking!

Moetta: [having sat on a knitting needle] I’m losing my mind!