Home » Posts » I Stooged to Conquer 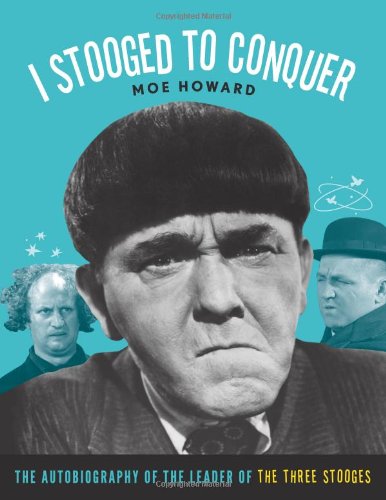 Editorial review of I Stooged to Conquer: The Autobiography of the Leader of the Three Stooges, courtesy of Amazon.com

Telling the full story of the head Stooge, this work reveals the life-long career of a legendary funnyman. Born into a working-class family in Brooklyn, Moe Howard transformed his real-life experiences of getting into mischief with his brother Shemp into the plots that would have millions rolling in the aisles. From childhood, Moe’s ambition was to perform — whether it was plucking a ukulele on the beach, or playing a halfwit on a Mississippi showboat. But he only found success when he joined with Shemp and Larry Fine to play, as the New York Times put it, “three of the frowziest numskulls ever assembled. As the brains behind the Three Stooges, he went on to act in hundreds of their movies, introducing his little brother Curly into the act when Shemp departed, and, after Curly’s death, partnering with Joe Besser and finally Joe de Rita. This is Moe Howard’s self-penned, no-holds-barred story of the ups and downs of his life, ranging from personal family tragedies to tidbits about career mishaps and triumphs. It overflows with the easygoing charm, generosity, and inspired lunacy of the ‘wise guy’ behind America’s most successful comedy trio.