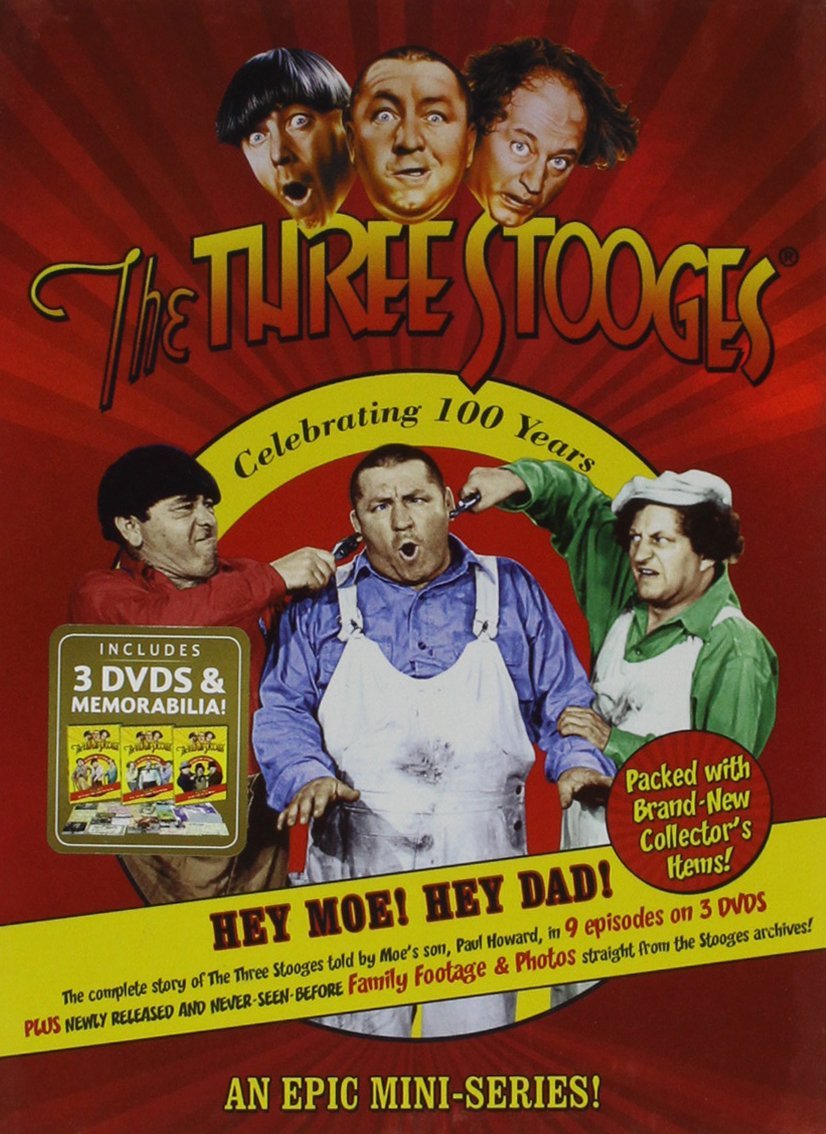 In short, The Three Stooges: Hey Moe! Hey Dad! is a documentary about the Three Stooges, focusing on Moe — which makes perfect sense since it’s created by Paul Howard, Moe’s son. There are 9 Three Stooges shorts on the 3 DVDs, with commentary by Paul — if that were all, it wouldn’t be anything spectacular. However, it also includes home movies, clips, etc. with commentary, building a coherent biography of all six of the Stooges.

It’s an affectionate biography of Moe, his brothers and Larry, and the extended “family”, with a lot of insight on what it was like to grow up in the shadow of the Stooges. It’s very sweet, and highly recommended. Available to watch on Tubi TV.

Only the very hardest of hearts could fail to warm to the gag-filled antics of The Three Stooges! As the world s most famous purveyors of slapstick comedy with the emphasis very much on the ”slap!” The Three Stooges occupy a special place in the memories of comic fans the world over. Many have tried to imitate the instinctive timing and chemistry that served them so well for so long, but none has come close. This Premium Megabook is packed with original trailers, commercials, cartoons and the feature film ”Africa Screams” on 6 hilarious DVDs all presented in a presentation book that is beautifully written and fully illustrated with rare photos. So sit back and get ready to enjoy the very best of Larry, Curly, Moe, Shemp and Curly Joe.