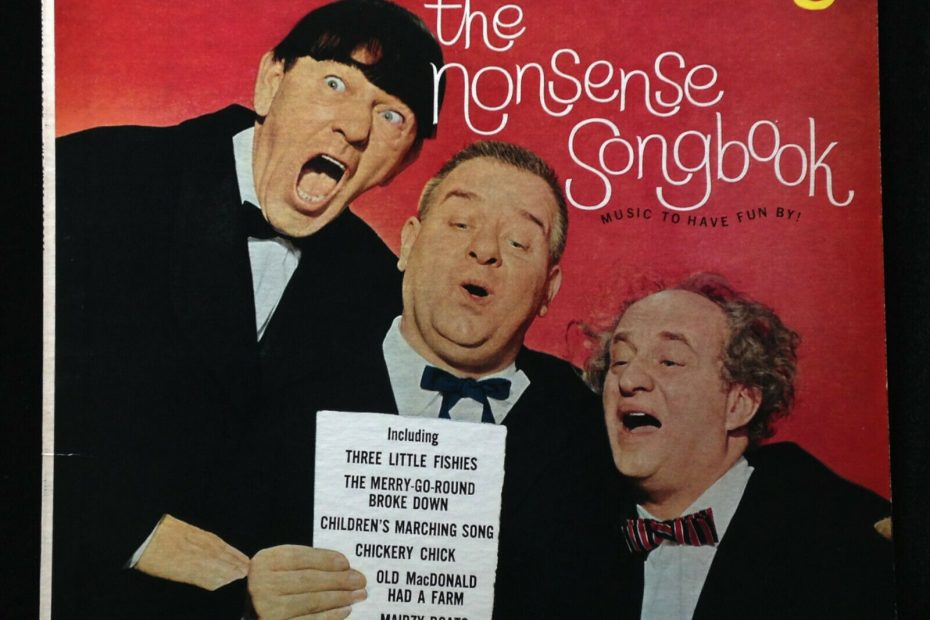 It’s no secret that the Three Stooges liked to sing – from their first film, which was all-singing, to Larry Fine’s violin music, to Curly’s ripping tablecloths in nightclubs to the beat of the music, it’s clear that the Three Stooges loved music and singing. However, I never knew that they recorded an album of silly songs and children’s songs. What’s more, they did it very well, and warmly. Feel free to listen to the samples from The Three Stooges CD courtesy of Amazon.com and listen for yourself.

The “final trio” of the Three Stooges (Moe Howard, Larry Fine and Curly Joe DeRita) recorded this children’s album, that adults will love too. Among other favorites is their world-famous “The Alphabet Song” (from their 1938 classic short film, “Violent is the Word for Curly” ) which everyone knows, or should – “B E be, B I Bi, B I bicky bi B O Bo Bicky Bi Bo B U Bu Bicky Bi Bo Bu.”

The Three Stooges sing, and sing well. I recommend this sweet album to anyone young, or young at heart.