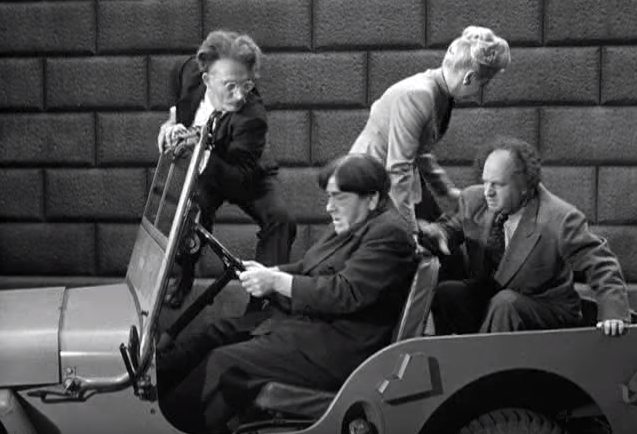 Hot Stuff can charitably be described as a remake of Fuelin’ Around. It has a different opening, with Moe and Larry playing the part of secret agents. They try to romance two lovely secretaries at their secret agent headquarters. But swiftly get rebuffed after they kiss the secretaries …. With Larry getting his nose bitten, and Moe getting his hand stapled repeatedly. Shemp is noticeably absent, since this was done after his death. Joe Palma filling in for Shemp on other new material, filmed from behind or wearing a false beard.

The remainder of the film is pretty much the same as Fuelin’ Around. This time with Moe and Larry working undercover as carpenters to protect the professor.

In short, there’s very little new material, and the original short is better.