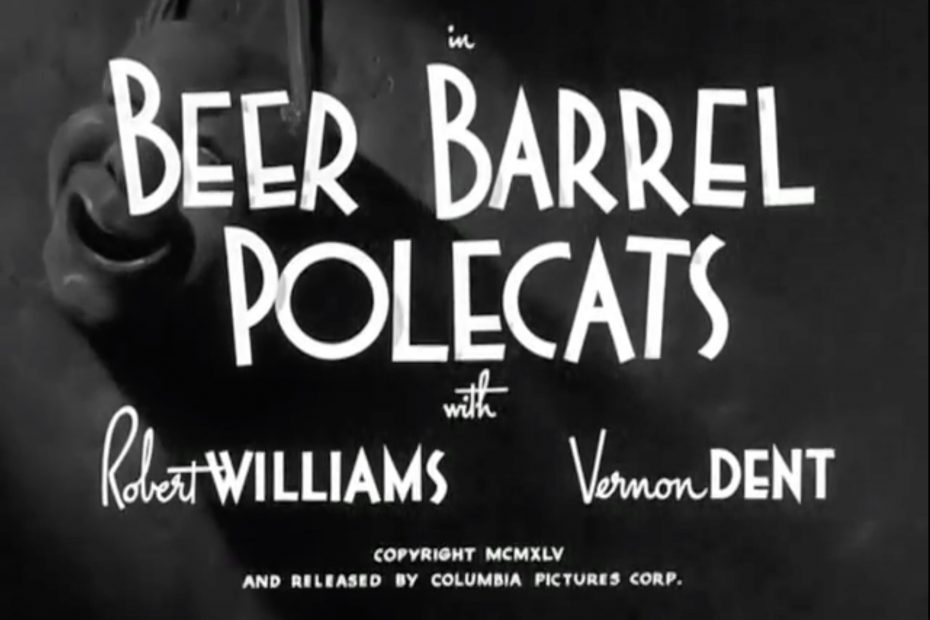 Adding insult to injury, Curly tries to smuggle a small keg of beer into the jail with them (“Goiter!”).  But as the Stooges are having their prison photos taken, the hot lights cause the beer to expand and eventually explode.  Causing the warden (Three Stooges regular Vernon Dent) to greatly extend their sentences.  It’s at this point that the short film becomes rather disappointing.

This was the first Three Stooges short film to be made after Curly Howard’s first stroke. He didn’t have the energy or the stamina to be working.  So director Jules White decided to re-use footage from earlier Three Stooges short films (So Long, Mr. Chumps and The Sweet Pie and Pie) – and the editing is clumsy at best, and the film doesn’t flow very well.  The ending, however, is quite funny, with the Three Stooges finally being released 40 years later. And the aged Curly saying that the first thing he wants is a beer.  Resulting in Moe and Larry throwing him back into the prison. 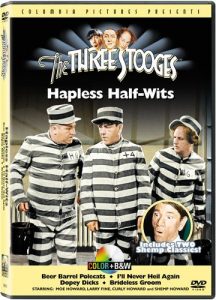 Curly: Here’s my brainchild!
Larry: At last you got a brain, child.

Guard: Hey, what’s the matter with you?
Curly: (with keg of beer hidden under his coat) Goiter!

Curly: Speak to me, Warden! Say a few syllables! Utter a few adjectives!