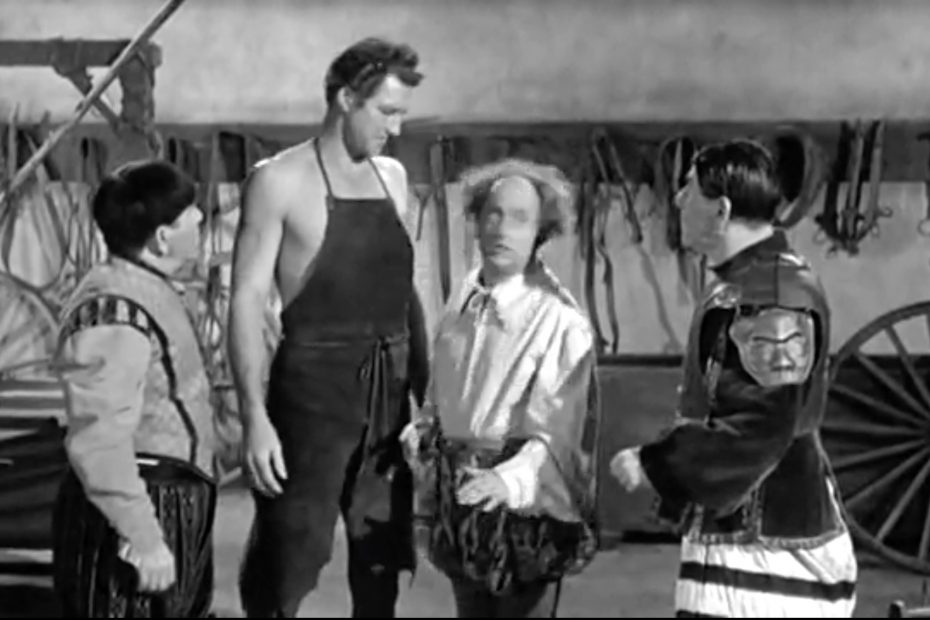 Knutzy Knights is set in Elizabethan times, where the Three Stooges help their friend Cedric the Blacksmith win the hand of the fair princess Elaine. The only problem is that Elaine is promised to the Black Prince who is plotting to take over the kingdom.

In short, Knutzy Knights is “remake” of Squareheads of the Round Table. Using heavy amounts of footage from the earlier film. Although it should be said that the opening is completely new, and funny. The Three Stooges are troubadours, called to cheer up Princess Elaine. But, their comedy skit is exactly her situation! She’s being forced to marry the Black Prince, although she’s in love with Cedric the Blacksmith.

Most of the rest of the film is largely used footage from the earlier film.