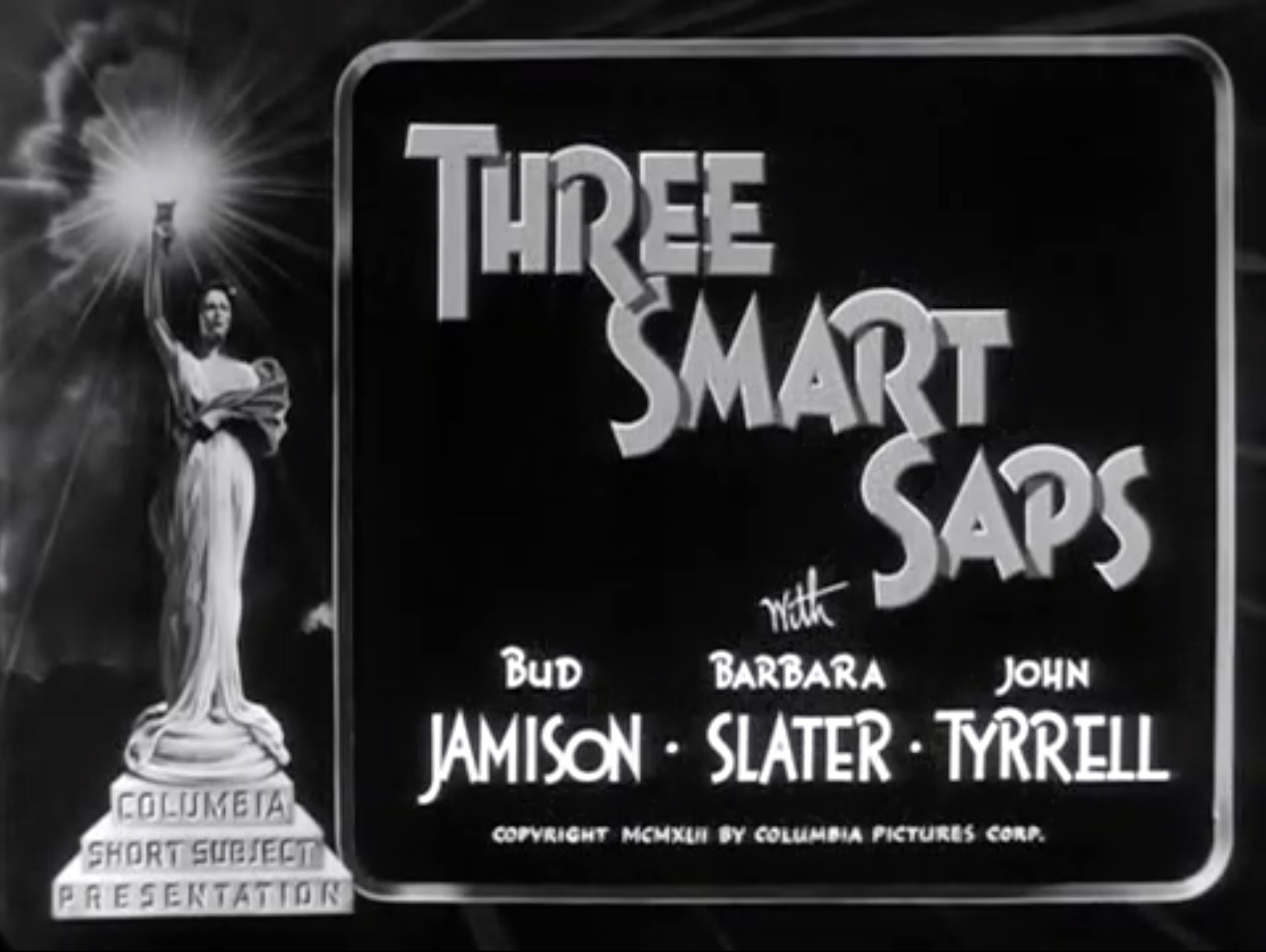 Moe, Larry, and Curly are engaged to the three daughters of a prison warden who’s lost his job.  The Stooges break into the prison to get proof of the illegal shenanigans going on inside.

Three Smart Saps is a very funny Three Stooges short. In the first half, the Stooges need to break into prison. They want to rescue their future father-in-law, who’s been imprisoned by his corrupt replacement. But first, they need to get arrested – which is harder than they thought! It’s very reminiscent of the O. Henry story, The Cop and the Anthem, where they can’t get arrested no matter what.

Eventually, they sneak into prison, where they see that the new warden is using it as a perfect alibi for the criminals. They can leave whenever they want, and can’t be suspects for the crimes they commit. Since they’ve been “in prison” the whole time! Soon, the Stooges find the ex-warden. He doesn’t want them to break him out. Instead, he wants them to take photographs of the various shenanigans going in in the prison.

They do so, running into regulars Bud Jamison and Vernon Dent inside the jail. Curly even “borrows” Vernon’s suit. But the tailor wasn’t finished, so it falls apart on the dance floor, as Larry tries to surreptitiously act as tailor. Dance floor? Yes, the prison’s working as a luxury hotel for the “prisoners”. This leads to a very funny dance scene!

Eventually, the Stooges get the photographic evidence, escape, vindicate the ex-warden, and marry his three lovely daughters!

Moe: If you didn’t have TB, I’d be able to get this around you.
Curly: What do you mean, TB?
Moe: Two bellies.

Moe’s Dancing Partner: [Not noticing the loss of her skirt] Do you feel a draft?
Moe: Draft? No, I was exempted.

Moe’s Dancing Partner: Somebody lost their skirt!
[realized it’s her skirt and flees into bathroom, slamming door in Moe’s face]